Linus Adolfsson recently visited Chung’s studio where he was struck by his precise adherence to traditional Korean ceramic techniques dating back as far as the Joseon Dynasty of the early 14th century. “Even though he can use gas or electric kilns for convenience, he still sits at the door of the wood kiln—which he built from scratch—for as long as 3 to 4 days, all through the night, manually inserting the pieces of pine tree necessary to maintain the high temperatures inside the kiln, the same method as the old potters of hundreds of years ago,” remarks Adolfsson.

Though his technique is steeped in tradition, a modern sensibility is present in his embrace of chance, accidents, and surprises. He works with a mixture of soil from his own backyard, lithic clay, sand, and kaolin clay to induce unexpected reactions—like expansion and contraction—in the kiln during firing. As Adolfsson observed, “he humbly accepts the unpredictable organic phenomenon that wood, fire, air, and earth create and harmonize in the kiln. His urge is to find the balance of tradition and modernity within the unpredictability of the processes.” He stresses the value of intuition in form-making by hand shaping his soft-edged forms while also experimenting extensively with different ways of applying glazes, from brushing to pouring.

Gathering, waiting, listening, composing—the words representing Chung’s process speak to a quiet dedication and reverence for materials. The artist/designer’s role is like a channel, translating ancient forms into contemporary modes of living. The minimal forms of the final works can easily be adapted to various functions—a very modern idea in itself. The ceramic process becomes a metaphor for the forces of change and transformation that surround us: “For me, firing means life itself that cannot be controlled in the relationship between natural phenomena called fire and myself,” he explains. To echo this philosophy, Chung embossed onto one of the raw concrete walls of his studio the word “BADA,” Korean for sea or ocean—a subtle reminder of the fluidity between history, nature, life, and art. 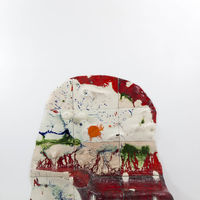 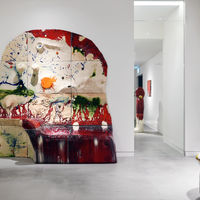 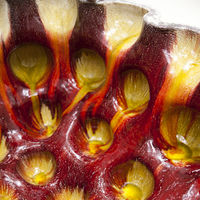 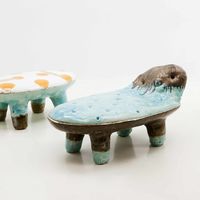 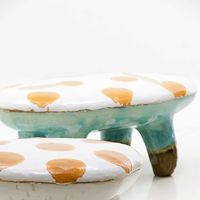 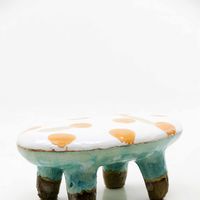 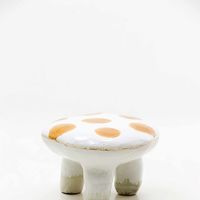 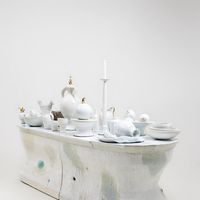 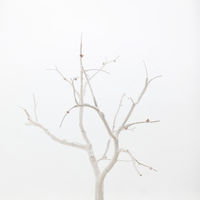 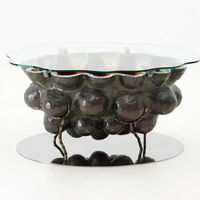 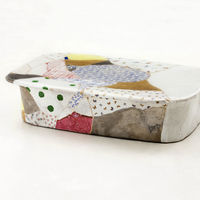 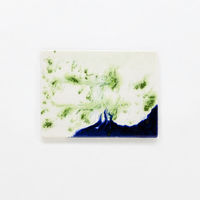